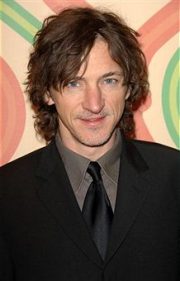 According to TheWrap, the story follows a young woman who goes to live with her older sister after escaping from a cult led by Hawkes’ character.

In addition to having written the original screenplay, Durkin will also produce with his BorderLine Films partners Josh Mond and Antonio Campos (“Afterschool”).

Ted Hope will exec produce with Andrew Renzi, who was recently named one of IonCinema.com’s inaugural American New Wave 25 along with Durkin and other industry up-and-comers such as actress Zoe Kravitz, indie producer Jen Gatien and “The Beaver” screenwriter Kyle Killen.

Production is currently under way in upstate New York.

Hawkes is earning awards buzz for his powerful performance in Debra Granik’s Sundance-winning drama “Winter’s Bone.” He recently signed on to star opposite Mary Steenburgen in FX’s “Outlaw Country,” and he’s also part of the impressive ensemble lined up for Steven Soderbergh’s upcoming virus thriller “Contagion.”

Paulson previously worked with Hawkes on HBO’s “Deadwood.” Best known for starring in NBC’s short-lived series “Studio 60 on the Sunset Strip,” the actress was last seen on the big screen in Frank Miller’s “The Spirit,” and she recently guest starred on “Grey’s Anatomy” and “Law & Order: SVU.”

Dancy recently signed on to romance Maggie Gyllenhaal in Tanya Wexler’s period indie comedy “Hysteria,” and he’ll also co-star with Paul Rudd and a bevy of talented young actresses in “My Idiot Brother.” The actor most recently starred in “Confessions of a Shopaholic” and Fox Searchlight’s “Adam.

ICM represents Paulson and Corbet, who is also repped by Untitled Entertainment, which reps Dancy along with UTA.