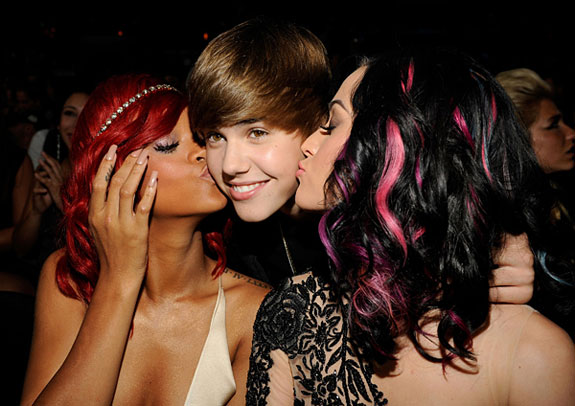 Rihanna was supposed to be a no-show (she’s busy filming a movie, etc.) but the songstress made it anyway — and blew the audience away with the “Love the Way You Lie” duet.

The performance was ended with a huge ovation from the audience. Shortly after completing the gig, Rihanna tweeted, “SURPRISE!!! ….just had to do it guys!” while Eminem left the building to perform with Jay-Z at Yankee Stadium in the Big Apple.

The 2010 MTV Video Music Awards is currently taking place at Los Angeles’ Nokia Theater. Eminem has grabbed a kudo for Best Male Video. Rihanna also has a chance to take home the moonman for she is nominated in Best Editing for her clip of “Rude Boy”.