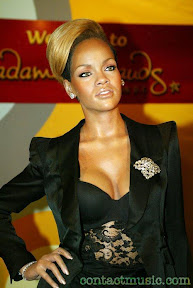 Rihanna is at the center of a $4.7 million lawsuit? According to the reports, Pop singer Rihanna is embroiled in a $4.7 million (£3 million) lawsuit from Brazilian concert promoters who claim they were conned into booking the singer for a string of shows.

According to TMZ, a Brazilian promotion company called Unique Sports and Marketing signed a $1.7 million agreement to book Rihanna for three Brazil shows in November (10).

Problem is — Unique claims the people who said they signed the contract on Rihanna’s behalf — a company called Vegas Style Entertainment — never repped Rihanna … never ever.

Unique claims Vegas Style hatched a fraudulent con scheme and by the time the Brazilians figured it out, they had already forked over $825,000.Unique wants $4,685,000. Calls to Vegas Style were not returned.