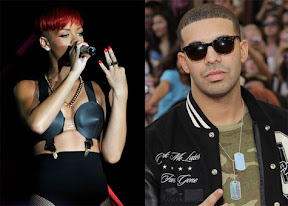 Rihanna and Drake may have gone their separate ways when it comes to love, but the pair has reunited for a new collaboration. The Young Money rapper spilled the beans about their secret duet during a recent interview.

“I just did this great song with Rihanna so I hope we get to shoot a video for that too,” Drake told MTV while backstage at the first date on his fall tour. “I’m really excited about that song.”

The pair’s relationship extends back to May 2009, when the two were caught canoodling at New York City’s Lucky Strikes Lane & Lounge. “I’m being honest. [She’s] just a friend, that’s all. A great artist. I have the most respect for her. I think she’s so talented,” he quickly clarified a few days later.

Drake later opened up about the hookup, sharing that RiRi made him feel “nervous and small” and that she had “overwhelmed” him at the time. “She gave me an emotion I truly miss in my life. On the album I wanted to pay homage to her for giving me that emotion,” he said, later explaining that she used him as a pawn.

More recently, Drizzy has been focusing on his music career, with his spicy collabo with Lil Wayne ‘Gonorrhea’ having hit the ‘Net this week. Drake is currently on his ‘Lights Dreams and Nightmares’ tour, and working on his follow-up to his debut ‘Thank Me Later.’

According to Rap Up, Drake had reportedly written for Rihanna in the past, but the material did not make her album. He was careful not to give away too much about their latest collabo, which will likely appear on Rihanna’s new album Loud, due November 16. “I don’t know if I’m supposed to talk about that actually.”

The young stars were rumored to have dated in the past, but their brief relationship left Drizzy brokenhearted. “I was a pawn,” he told The New York Times. “You know what she was doing to me? She was doing exactly what I’ve done to so many women throughout my life, which is show them quality time, then disappear. I was like, ‘Wow, this feels terrible.’”

When asked earlier this year who she would like to work with, RiRi said Drake was at the top of her list. “He’s really, really talented, and I think he’s one of the illest lyricists out there right now, so I would love to work with him,” she told E!’s Ben Lyons.

Loud has already produced a hit with lead single “Only Girl (In the World),” which jumped 75-3 on this week’s Billboard Hot 100, selling 249,000 downloads in its first week.