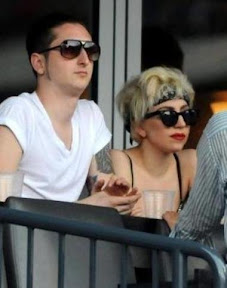 The pop star Lady Gaga and her boyfriend Luc Carl have recently rekindled their romance, with the singer now being convinced he is the one she wants to grow old with. In fact, Gaga is preparing for a December wedding in the England or Scotland, it has emerged.

‘Lady GaGa has told everyone she plans to get married. She has said she wants a fairytale wedding in a castle,” the roadie told The Sun.

‘We finish the European leg in London just before Christmas and the timing is perfect for the wedding.’

The Bad Romance singer is said to be intent on having a horse-drawn carriage, along with wedding bands modelled on Elvis Presley’s and burlesque star Dita Von Teese making a dramatic appearance out of a cake.