According to TMZ.com, Kim Kardashian got drenched by a drink and Khloe almost lost her big fat wedding ring last night … after a jealous woman went nuts in NYC.

The Kardashian clan was at Juliet last night, when a male fan asked for a pic with Kim. His girlfriend flew off the handle and threw a drink at Kim.

Scott Disick and Khloe jumped into the fracas and in the scuffle, Khloe’s ring flew off and skidded across the floor. TMZ’s spies inside the club say Khloe literally dove across the floor to retrieve it … which she eventually did.

The video shows the Kardashians leaving the club, covering their faces, as they beat a hasty retreat.

One caution: They’re in NYC filming their show, so take it for what you will. 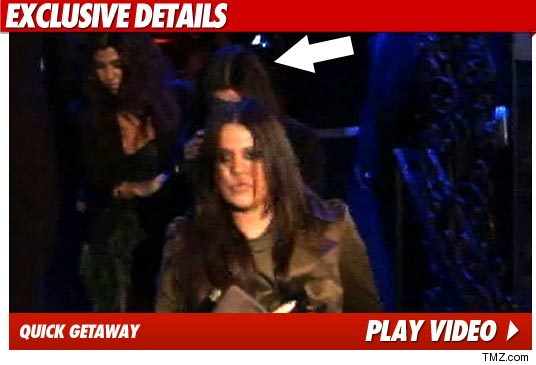