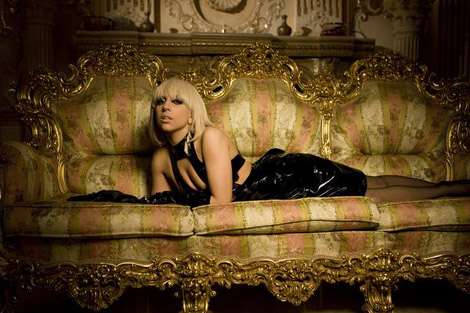 Telephone singer Lady Gaga reportedly sang for a couple in a bar to celebrate their recent wedding – minutes after meeting them for the first time.Ewan and Julie Searle were celebrating in West London when Gaga arrived and asked them if they were celebrating.

Julie told British newspaper The Sun: ‘It was unbelievable, we were toasting our future by drinking champagne and beer with some guys we met in the hostel we were staying at.

‘Then Lady Gaga, dressed in this fabulous cerise dress, came in with her entourage, she stood at the bar and ordered a drink for everyone.’

The 24-year-old asked the couple what they were celebrating while they were at The Raven pub in Chiswick, West London.

Someone then rushed to get a guitar for the Bad Romance singer to play.

Searle said: ‘They played Gimme Shelter by the Rolling Stones for us in the back room.