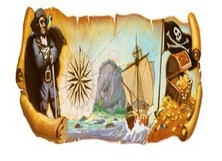 Stevenson was the only son of Thomas Stevenson, a prosperous civil engineer, and his wife, Margaret Isabella Balfour. His poor health made regular schooling difficult, but he attended Edinburgh Academy and other schools before, at 17, entering Edinburgh University, where he was expected to prepare himself for the family profession of lighthouse engineering. But Stevenson had no desire to be an engineer, and he eventually agreed with his father, as a compromise, to prepare instead for the Scottish bar.

He had shown a desire to write early in life, and once in his teens he had deliberately set out to learn the writer’s craft by imitating a great variety of models in prose and verse. His youthful enthusiasm for the Covenanters ( i.e., those Scotsmen who banded together to defend their version of Presbyterianism in the 17th century) led to his writing The Pentland Rising, his first printed work. During his years at the university he rebelled against his parents’ religion and set himself up as a liberal bohemian who abhorred the alleged cruelties and hypocrisies of bourgeois respectability.

A literary celebrity during his lifetime, Stevenson now ranks among the 30 most translated authors in the world, just below Charles Dickens. He has been greatly admired by many authors, including Jorge Luis Borges, Ernest Hemingway, Rudyard Kipling, Marcel Schwob, Vladimir Nabokov, J. M. Barrie, and G.K. Chesterton, who said of him that he “seemed to pick the right word up on the point of his pen, like a man playing spillikins.”