The Chilean national football team represents Chile in all major international football competitions. The team is controlled by the Federación de Fútbol de Chile which was established in 1895. They have appeared in seven World Cup tournaments and were hosts of the 1962 FIFA World Cup finishing in third place.

The Federación de Fútbol de Chile second oldest South American federation, with 114 years of existence. Its foundation dates back to 19 June 1895 in the port city of Valparaiso. Its first President was David Scott.

Chile is one of the four founding member nations of CONMEBOL which include Argentina, Brazil, and Uruguay. The members established the South American footballing organization on 9 July 1916.The four associations enacted and participated in the first held South American Championship which would later be re-named the Copa America.

Chile is one of the original thirteen national teams that competed in the inaugural 1930 World Cup. They started off well beating Mexico and France without conceding a goal. A 3-1 loss to Argentina in their final game left them in second place within the group, eliminating them from the tournament. In the 1950 World Cup, Chile was eliminated in the first round but defeated the United States 5-2.

Their best World Cup result was a third place finish in 1962, when Chile was the host nation. Chile lost 4-2 to eventual champions Brazil in a semifinals match. Chile went on to defeat Yugoslavia 1-0 for third place.

Chile has also attained bronze medals in both the U-17 World Cup held in Japan and the U-20 World Cup in Canada. The 1987 FIFA World Youth Championship hosted in Chile had the national team finishing in fourth place. 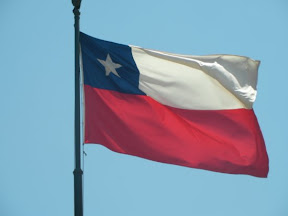 At the first ever FIFA World Cup held in Uruguay 1930, Chile was to be among the first of thirteen nations invited to participate in the inaugural tournament.

The manager in charge of the Chilean national team was the young Hungarian György Orth. Chile was part of Group 1 that included national teams such as Argentina, Mexico, and France.

The 1950 edition of the FIFA World Cup was held in the South American country of Brazil. The Chilean national team manager at the tournament was Alberto Bucciardi, while the team captain was the starting goal keeper Sergio Livingstone. “La Roja” were located in group 2 and Chile eventually lost their first two games against Spain and England by the similar score of 2-0. The last match was played with the United States where Chile went on to win by a score of 5-2, even though it was not to be enough for Chile in advancing onto the next round of the tournament.

he 1962 World Cup in Chile was to be the third World Cup hosted on South American soil. In 1960 the Great Chilean Earthquake would strike the country with the highest recorded magnitude in world history of 9.5 on the Richter scale.Despite the natural disaster plans went as followed for Chile to be the host nation of this World Cup tournament.

England was the stage for the eighth World Cup. It was also to be the first European World Cup that Chile would participate in. Qualifying for the 1966 edition ended with a play-off between Ecuador in Lima, Peru on 12 October 1965. The current Chilean manager at the time Francisco Hormazabal decided to resign from that position. Chile immediately needed a replacement, and Luis Alamos would take the reins of the national team. The match against Ecuador finished 2-1 in Chile’s favor, both goals scored by Leonel Sanchez and Ruben Marcos, and the result secured Chile’s World Cup berth.

Chile qualified for Deutschland 74 after a controversial play-off with the USSR. Following a drawn first leg in Moscow, the Soviets refused to play the second leg at the Estadio Nacional in Santiago, which had been used as a concentration camp by the military dictatorship of Pinochet. However, FIFA refused to switch the match to a neutral venue, and the Soviets refused to fly to Santiago. The Chilean players kicked off on an otherwise empty pitch, scored into the unguarded USSR net, and because there was no opposition to restart the game, the referee awarded the match to Chile, ensuring they qualified for the 1974 finals.

At España 82, the Chileans performed poorly with an aging team in which Carlos Caszely and the 35-year-old central defender Elias Figueroa were still the main men. Guided by coach Luis Santibañez they lost their first game 1-0 to Austria in Oviedo, Walter Schachner scoring the only goal midway through the first half. Caszely missed a penalty soon afterwards.

Disqualification and banishment from the 1990 & 1994 World Cups

La Roja’s most infamous moment known as The Roberto Rojas Scandal (also known in Chile as the “Maracanazo”) occurred on 3 September 1989. During a 1990 FIFA World Cup qualifying match at Rio de Janeiro’s Maracanã stadium, Brazil led Chile 1-0. A defeat for Chile would eliminate them from the tournament. At around the 67-minute mark, Chilean goalkeeper Roberto “Cóndor” Rojas fell to the pitch with an apparent injury to his forehead. A firework, thrown from the stands by a Brazilian fan named Rosemary de Mello, was smouldering about a yard away. After carrying Rojas off the pitch, the Chilean players and coaches refused to return claiming conditions were not safe. The match went unfinished.

Chile qualified for the World Cup in France in 1998 having been banned from entering the 1994 tournament. They were drawn in Group B, along with Italy, Cameroon and Austria. With much expected of their strike partnership of Marcelo Salas and Iván Zamorano, Chile drew impressively with Italy in Bordeaux in their opening match, 2-2, with Salas scoring both goals in reply to Christian Vieri’s opener.[13] The game was most noted for Roberto Baggio’s late equalizer for Italy with an extremely controversial penalty, banishing memories of his fatal miss in the 1994 final against Brazil in Los Angeles. But due to this bad performance, the referee Lucien Bouchardeau from Niger was dismissed from further matches during the WC.

On 10 October 2009, Chile qualified for the 2010 World Cup with a 4-2 away win against Colombia.At the end of the qualification they eventually finished in second place, ahead of Paraguay on goal difference following the latter’s defeat to Colombia.They were drawn in Group H with Spain, Switzerland and Honduras.