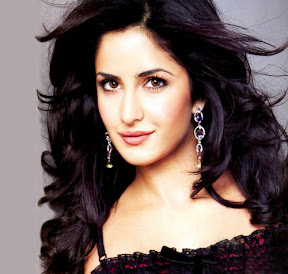 Katrina Kaif is now most popular actress in Bollywood. Today, she is one of Bollywood’s highest paid actresses, comparing with the likes of Kareena Kapoor and Aishwarya Rai Bachchan, but has given more hits than the other two.

Her last two outings, “New York” and “Ajab Prem Ki Ghazab Kahani” struck gold at the box-office, as did films such as “Welcome” and “Singh is Kinng”.

Katrina Kaif said: “It is amazing to see that Katrina Kaif is ruling the charts with a major pie, presumably implying that Katrina’s popularity is mounting for both national and international audiences.”

As a biography, Katrina Kaif was born in Hong Kong to a Muslim Kashmiri father,Mohammed Kaif, and a British mother, Suzzane Turquotte. Her parents separated when Kaif was very young. Kaif has seven siblings. She was raised in Hawaii, United States and later moved to her mother’s home country, England.

At the age of fourteen she was approached by an agent and she began modeling; her first job was for a jewelry campaign. She continued modeling in London, under a contract with the Models 1 Agency and did campaigns for houses, such as La Senza and Arcadius and even walked on the London Fashion Week.

Katrina Kaif came to India as a 17-year-old. Born to a Kashmiri father and a British mother, she had lived in the US and the UK, and is known to be very close to her sisters and mother.