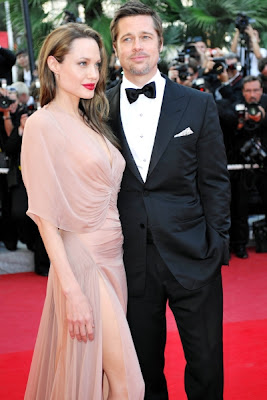 Angelina Jolie Is Cleopatra? Author Stacy Schiff has revealed that she wants Brad Pitt to star opposite Angelina Jolie in the upcoming movie biography of Cleopatra.

Hollywood’s hot actress Angelina Jolie was recently confirmed to star as Cleopatra in an upcoming film adaptation of Schiff’s Queen Of The Nile, Cleopatra: A Life

The Hindustan Times reports: “Schiff has insisted that she would like the real-life couple to appear on screen again for the film and claimed that it could potentially win Jolie another Academy Award”.

“For Marc Anthony – Brad Pitt. [And] I think Angelina would be perfect for it and I can see a possible Oscar in her future,” She said. “They are the [Richard] Burton and [Elizabeth] Taylor of our day, reconciling and breaking up within a day in the tabloids.”