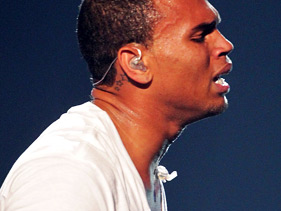 Here is the Chris Brown Michael Jackson Tribute BET Awards 2010 Youtube video from Sun. June 27 on the program broadcast from the Shrine Auditorium in Los Angeles on BET cable channel.

According to TPI News, Chris Brown BET Awards 2010! R&B singer Chris Brown appeared tonight at the 2010 BET Awards to perform an emotional tribute to Michael Jackson, the King of Pop now that we remember his death’s anniversary.

Chris Brown was introduced by Jermaine Jackson and started his performance with Jackson’s hit “The Way You Make Me Feel”. He followed the song with “Billie Jean” and finished with Man in the Mirror, at that point he couldn’t help it and broke down in tears.

Chris Brown BET Awards 2010 performance made us remember what a great dancer he is, away from the scandals and controversy he’s been getting into.