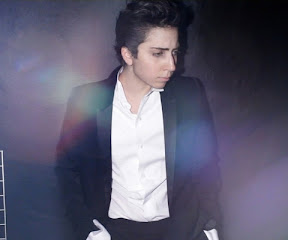 When pop star Lady Gaga attended her sister’s high school graduation wearing what looked like a onesie made from grandma’s lace and a lampshade on her head, many said that the only thing she could do now to shock was to make a public appearance in regular clothes.

Then Gaga went and did this: posed as a man for Vogue Homme Japan, once more pushing the envelope just when people started to think she couldn’t anymore.

Still, it’s only so far that she can take this because her routine is getting really tired really fast, a scorching piece by ABC News claims. Back when she first emerged on the scene, it was rather refreshing to see how outrageous and nonconformist she could be on stage, while also retaining a dose of normalcy in real life. With the passing of time, though, Gaga slowly took her onstage persona and transposed it in real life as well, turning herself into a genuine spectacle. The only problem is, she’s burning her own bridges, ABC believes.

“She bounded into the pop culture world as a beacon of hope, a pint-sized pixie pushing pop songs but still pushing the envelope, a square peg not content to squeeze into a Britney or Miley hole. That was then – circa ‘Bad Romance’ and ‘Telephone,’ which, admittedly, were not that long ago. It’s only taken a few months for Lady Gaga’s revolution to roll back on itself. Her schtick – wearing next-to-nothing, strutting in super-high platforms, running ragged ‘round the world – has turned her into a spectacle. Gaga has become a parody of Gaga. You know your act has lost its edge when everyone from babies to grandfathers starts mimicking it,” the report says.

What Gaga needs to do before she becomes like that proverbial boy who cried wolf is to turn the focus back to her music because that’s where it should have remained all along. Even with her fans and audiences in general understanding that she’s trying to take her art and make it more relatable by literally bringing it into the streets, it’s still overkill, the report goes on to argue, especially in a context in which audiences are fickle – and the media even more. It would be a shame if her music one day just went unnoticed because Gaga killed all interest in it with her obvious attempts at remaining in the spotlight no matter what.

“For more than a year, Gaga tried to outdo herself every day. Mission accomplished. She now struggles to shock. She showed up at a Mets game and flashed her middle finger. She busted into the Yankee’s club house just because. The overwhelming response to the news that she may have dressed up as a man for Vogue Hommes Japan? Shrug. […] Gaga might take the advice to stop relying on outfits for press and starts making music the main event. If her new album is indeed a ‘cake that has a bitter jelly,’ perhaps she can amend her recipe for success thusly: less shock value, more real substance. A shiny veneer is all well and good, but a well-built product beneath it is what will really stand the test of time,” the report says.