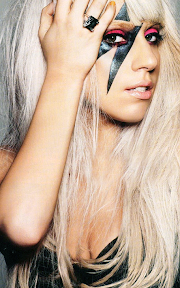 The pop star Lady Gaga is known for her skimpy outfits charged performances. But she says ………….

Lady Gaga fears having hot with a partner could deplete her artistic energy.”I have this weird thing that if I sleep with someone they’re going to take my creativity through my vagina,” the performer said in an interview with Vanity Fair magazine. Tuesday, she won a leading 13 nominations for the MTV Video Music Awards, setting a new record for the most nominations ever in a single VMA season. Rapper Eminem was the most nominated male artist with eight nods after the success of his latest album Recovery, while Justin Bieber scored his first nomination in the best new artist category for the music video of hit single Baby.